Dhikr is The Greatest of Acts of Worship 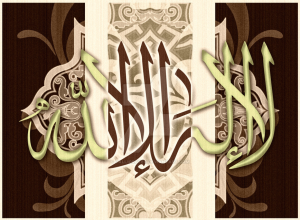 Dhikr of Allah is the most excellent act of Allah’s servants and is stressed over a hundred times in the Holy Qur’an. It is the most praiseworthy work to earn Allah’s pleasure, the most effective weapon to overcome the enemy, and the most deserving of deeds in reward. It is the flag of Islam, the polish of hearts, the essence of the science of faith, the immunization against hypocrisy, the head of worship, and the key of all success. Muad Ibn Jabal (may Allah be please with him)  reported that the Prophet (prayer and peace be upon him, his family, his progeny and his companions) said: “The People of Paradise will not regret except one thing alone: the hour that passed them by and in which they made no remembrance of Allah.” [Bayhaqi, Tabarani]

The Prophet said: “If your hearts were always in the state that they are in during dhikr, the angels would come to see you to the point that they would greet you in the middle of the road.” [Muslim]. Allah placed His remembrance above prayer in value by making prayer the means and remembrance the goal. He said: “Lo! Worship guards one from lewdness and iniquity, but verily, remembrance of Allah is greater/more important.” (29:45)

Dhikr is, therefore, something of tremendous importance. Abu Hurayrah (may Allah be pleased with him) reported that the Prophet (prayer and peace be upon him, his family, his progeny and his companions) said: “The earth and everything in it is cursed, except for dhikr and what attends dhikr, and a teacher (of dhikr) and a student (of dhikr).” [At-Tirmidhi, Bayhaqi, and others]

The Adkhar are so many and each dikhr has a function. Scholars distinguish between three types:

Dikhr aimed to clean the heart: it prepares the heart to the light of Allah. Istighfar is the dikhr of cleansing per excellence.

Dikhr aimed to lighten the heart: it introduces the heart to a state where it will enjoy the remembrance of Allah. Sending prayers upon the prophet (prayer and peace be upon him, his family, his progeny and his companions) is the light of the heart per excellence.

Dikhr aimed to sustain faith in the heart: it fills the heart with tranquility and peace and makes it swim in the Allah’s characters of beauty. The dikhr that helps the heart sustain a high level of Iman is “the Word La-Ilaha-Illa-Lah”. The prophet (prayer and peace be upon him, his family, his progeny and his companions) said: “Verily, Iman becomes week and poor in your heart, so ask Allah to continuously revive/renew it in your hearts”. He further said: “Refresh your faith. They said: How can we refresh our faith? He said: Say L-a-ilaha-Illa-Lah abundantly”.

In this weekly gathering, we aim to take the time and opportunity to maintain the condition of our hearts and sustain Iman refreshed in it. Therefore, we strongly invite our community members to join us every Wednesday, after Isha prayer to learn more about the merits of sating La-Ilaha-Illa-Lah. Our gathering is 30 minutes long and is structured as follows:

It’s Every Wednesday,
After Isha Prayer