Scroll down to see more

Suhaib Webb is an American Muslim imam who converted from Christianity to Islam in 1992. He is a Graduate of University of Central Oklahoma with a background in Education Azhar University from the College of Shariah (Islamic Law Jurisprudence). Imam Suhaib has served various communities in North America and is currently managing an Institute for training Imams in Washington DC. He has previously been the imam of the Islamic Society of Boston Cultural Center (ISBCC) 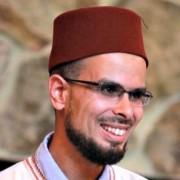 Sh. Dr. Hassan Lachheb President and co-founder of Tayseer Seminary, Shaykh Hassan Lachheb earned his Ph.D. in Religious Studies at the University of Indiana, Bloomington. His academic research focused on the intellectual history and religiosity of the Muslims of Maghrib and Andalus.

Shaykh Hassan completed his M.A. in Islamic Theology, Islamic Legal Theory, and Maliki Jurisprudence at Dar al-Hadith al-Hassaniyyah for Higher Islamic Studies in Rabat, Morocco with honors in 2000. In addition, he completed his B.A. with distinction in Arabic Language and Literature at Mohamed V University in Rabat.

Shaykh Hassan has extensively studied several disciplines including Principles of Jurisprudence (Usul al-Fiqh), Arabic Grammar, Philology, and Literature. He has also received many ijazaat (licenses to teach) from prominent scholars in Hadith, Comparative Jurisprudence (fiqh), and the Sciences of Quran. He has studied under several of the foremost Islamic scholars in Morocco.

Shaykh Hassan is the resident scholar of the Muslim Community of Knoxville and the spearheading faculty member of the Tayseer Seminary. He currently resides in Knoxville with his wife and three children. 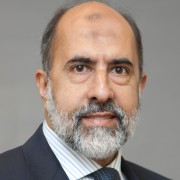 Dr. Ihab Saad is Professor of Construction Management and an alumnus of the University of Kentucky in Lexington where he received his Ph.D. in 1996. He received his Bachelor in Science & Master in Civil Engineering from Cairo University in his native country Egypt in 1984, and 1993 respectively. He has taught at his Alma Mater, the University of Kentucky, in addition to Bradley University in Peoria, Illinois, East Carolina University in Greenville, North Carolina, and most recently at the University of Cincinnati in Cincinnati, Ohio where he was voted “Faculty of the Year”in June 2011. In addition to his professional career, Dr. Ihab is kown among the Muslim community with his dedication to the Prophetic Seerah (Biography) and Tafseer (interpretation of Quran) among many other areas of the Islamic Knowledge. His lectures on this respect can be found on YouTube. 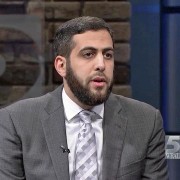 Mohamed AbuTaleb serves as the Imam of the Islamic Association of Raleigh. He is a lifelong student of the Quran and Islamic studies, has studied with a number of credentialed scholars and teachers and has been blessed to memorize the Holy Quran.

Mohamed has pursued seminary training through the Cambridge Islamic College and Al-Salam Institute in the United Kingdom, and studied under teachers trained at Islamic universities in India, Saudi Arabia, Syria, Jordan, and Egypt.

Yasmin Mogahed the world renowned Author, is currently an instructor for Al-Maghrib Institute, a writer for the Huffington Post, an international speaker, and an invited lecturer at Oxford, Harvard, Yale, Stanford, and many other universities around the world. She received her B.S. Degree in Psychology and her Masters in Journalism and Mass Communications from the University of Wisconsin-Madison. After completing her graduate work, she taught Islamic Studies and got heavily involved in community youth work. She later served as a writing instructor at Cardinal Stritch University and a staff columnist for the Islam section of InFocus News. Follow Yasmin online for more of her writings and lectures. 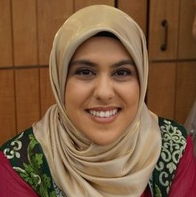 She is an NC State graduate, who grew up in Chapel Hill and actively attended Jamaat Ibad Ar-Rahman. In college she studied Public & Interpersonal Communication, Nonprofit Management, and Spanish. Over the years, she’s developed deep passion for community development. Today, Fatima works as the Youth Director at the Islamic Association of Raleigh, where she hopes to build empowering spaces for young Muslim Americans across the Triangle. 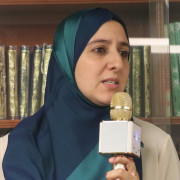 Dr. Salma Jeghalef is a Lecturer at the Wharton School, University of Pennsylvania. She facilitates graduate and undergrad courses in the leadership and communication program. She has extensive leadership experience serving as a board member at the North American Foundation of Islamic Services, where she oversees the young adults’ education, leadership, and development. Dr. Jeghalef has been an invited speaker to conferences in many states in the U.S including PA, IL, NC, SC, NY, NJ, VA, MO, MA, Canada and England “London.”

Dr. Jeghalef has a deep interest in Self-Indentity, Spirituality and the Love of God, Effective Muslim Women Leadership, Calling to God by Action, Promoting Diversity and Equity, and the Power of Persuasion.

Chifaa Bouzidi, Born in Casablanca, Morocco and raised in New Jersey, Chifaa grew up in a Muslim household influenced by the teachings of Imam Abdessalam Yassine.

Chifaa received a Bachelors Degree in Biology and Middle Eastern Studies from Rutgers University and went on to attend Rutgers New Jersey Medical School where she received her Medical Doctorate.

Chifaa is a member of the Gold Humanism Honor Society and was the recipient of the Clement A. Price Human Dignity award for her exemplary leadership within her community in increasing awareness and understanding across cultures through interfaith collaborations with Muslim, Jewish, and Christian organizations, and for her volunteer work as a youth group leader, mentor, and educator for high school students and adults. 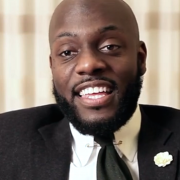 Ustadh Ubaydullah Evans is ALIM’s first Scholar-in-Residence. He converted to Islam while in high school. Upon conversion, Ustadh Ubaydullah began studying some of the foundational books of Islam under the private tutelage of local scholars while simultaneously pursuing a degree in journalism from Columbia.

Since then he has studied at Chicagoland’s Institute of Islamic Education (IIE), in Tarim, Yemen, and Al-Azhar University in Cairo, Egypt, where he is the first African-American to graduate from its Shari’a program. Ustadh Ubaydullah also instructs with the Ta’leef Collective and the Inner-City Muslim Action Network (IMAN) at times. 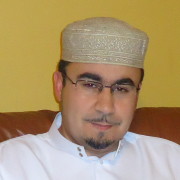 Dr. Khalid S. Shahu is a Sociolinguist and Muslim Community Leader. He was born in Meknes, Morocco, in 1971. He got his Bachelor’s Degree, from Mohamed Ben Abdul-Allah Univ. in Fes, 1994; his 1st Master’s Degree, in Dialectology from the Univ. Mohammed V, in Rabat, 1995; his 2nd Master Degree in Sociolinguistics from The Graduate School of the City University of New York (CUNY) in 2011; and his PhD in Language Policy and Planning in Post-Independent North African Countries from the same university, in June 2014. He served with the Board of Education, in New York, for eight consecutive years (1998-2006). Beginning 2007, he started teaching at the college level. Currently, he serves as a Lecturer at the University of North Carolina, Chapel Hill, where he coordinates different levels of Arabic (from Novice to Advanced); serves as a Member of the Search Committee and as a Project Manager of the Heritage Students Arabic Curriculum. In addition to his educational and academic background, his companionship with Imam Yassine and the embracing of his School of Thought (he was blessed and honored to attend many of Imam Yassine gatherings of purification and knowledge, since 1990), made of him a great community leader. He is currently acting as an Imam at Apex Mosque, North Carolina. As an activist, he is the founder of Badr Cultural Association in New York (2000); one of the main founders and ex-president of the North American Foundation of Islamic Services (2005) and the Apex Mosque (2009). Dr. Shahu is currently working on two Series of Hadith: 1) The Series of Virtues 2) “The Series of Visionary Prophetic Sayings”. Each of the two series consists of ten books, which will see the light soon, by the grace of Allah. 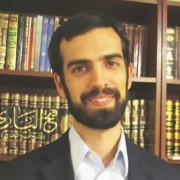 Dr. Benjelloun is a Professor of Mathematics and Statistics at Delaware Valley University in Doylestown, PA. He is a certified Manager of Quality/Organizational Excellence by American Society for Quality. Also, he is certified by United States Department Commerce as a Board Examiner for the Malcolm Baldrige National Quality Award, the United States’ highest recognition for organizational performance excellence. As a community leader, Dr. Benjelloun serves as the vice-president of the North American Foundation of Islamic Services (NAFIS) and president of Justice and Spirituality Publishing.

If you still did not register, click the ‘Register Now‘ button below and start your registration.

Register before October 15 to take advantage of early registration discounts.